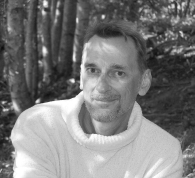 Douglas Arthur Brown is the author of seven books. His latest The Island Hoppers was released in November of 2015. The Globe and Mail called his novel, Quintet, a masterfully written book. It was the recipient of the 2009 Thomas Head Raddall Fiction Prize, and short-listed for the Dartmouth Book Award. The Magic Compass – a children’s Christmas advent book – is part of The Atlantic Collection, a project by the Nova Scotia Department of Education that placed the book in every elementary school in Nova Scotia. Douglas won a Nova Scotia Established Artist Recognition Award in 2009 sponsored by the Nova Scotia Arts and Culture Partnership, NS Department of Culture.  He was awarded The Queen Elizabeth II Diamond Jubilee Medal in 2012 for his contribution to Canadian culture.

Douglas’ short stories have appeared in various literary magazines and his work is in included in four anthologies. Douglas was also the publisher and managing editor of the Canadian literary magazine, Pottersfield Portfolio for several years.

Douglas served on the National Council of The Writers’ Union of Canada, and is a past-president of the Writers’ Federation of Nova Scotia. For many years, he participated in WFNS’ Writers in the Schools Program, and conducts professional development writing workshops. For three years, he was writer-in-residence at Boularderie Elementary School, and was writer-in-residence at Florence Elementary School in 2010.

A selection of workshops offered in the past

FOR MORE INFORMATION PLEASE FILL IN THE FORM BELOW