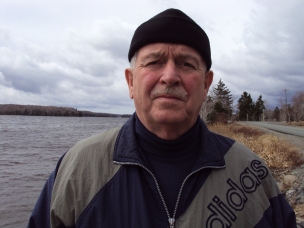 Blood and Salt by Robert MacKinnon

Robert MacKinnon is an ex-RCMP officer, an armchair historian, and a world-renowned maritime salver and treasure hunter. Blood and & Salt captivates readers with more of Robert’s tales of shipwrecks, buried treasure, unscrupulous privateers and lost villages. But that’s not all. Blood & Salt also explores Robert’s own intriguing Highland Scots heritage as a member of Clan MacKinnon. This affords him a deep connection to monumental historic events such as the Highland Clearances and the Battle of Culloden, as well as a direct blood relationship to Donald 1st, 7th century King of the Picts,and a Norse princess known as Saucy Mary.

This eclectic collection of stories shares with readers many other aspects of Robert’s professional and personal experience. He tells a chilling story of being the first RCMP officer at the crash site of Air Canada Flight 621 in 1970, arriving to find the DC-8 and all of its 109 passengers and crew disintegrated beyond recognition. Another tale reveals Robert’s long-time association with Frenchie, a Mi’kmaw man who gives him, and readers, an up-close-and-personal lesson in Mi’kmaw traditions and legends. And true to his nature, Robert presents readers with his own deeply held views on a variety of topics, like unfair maritime law, government bureaucracy and Cape Breton independence. And in case you’re not already hooked, Blood & Salt revives the age-old debate: Was Captain Kidd really a visitor to the Mira River?

Published with the support of:

Shipwrecked: North of 40 by Robert MacKinnon

Brought up on tales of pirates and rich shipwrecks lost in local waters, Robert MacKinnon born at Glace Bay, Nova Scotia, felt the strong draw of the sea very early in life. Learning to scuba dive at age sixteen, he went on –  over the next half century – to become world renowned for his discoveries of shipwreck treasure, but not before serving a short stint in the Royal Canadian Mounted Police. He left police work to become a serious and successful treasure hunter while also working as a commercial fisherman for over forty years. His discoveries are displayed at Halifax’s Maritime Museum of the Atlantic along with many other such institutions the world over. The author is credited with finding some of the rarest gold and silver coins to be minted in the early Americas during the colonial period. The rarest being a staggering collection of silver coins minted in New England referred to in numismatic circles as the 1652 Massachusetts Silver series, discovered on a shipwreck lost in 1711 at Scatarie Island. One such coin presented at auction in the United States was subsequently resold for over two hundred thousand dollars US. His story is one of high adventure, dangerous seas, thrilling underwater locations, of pirate diplomacy in a modern context and the frustrations of dealing with unyielding, unrelenting bureaucrats.

Retailers can order direct from Boularderie Island Press below: