eShots are like eBooks – just shorter. If you’re looking for something bigger than a breadbox but smaller than a… then eShots are for you. Novellas, short stories, novel excerpts, and non-fiction. All eShots are economically priced at $2.99.

For a full description or to purchase the titles below, click on the photos.

A picket fence separates Ben from his new neighbour Margot. For the past several years Ben has been in a rut, a man of habit and routine. Over the course of the summer Margot and Ben strike up a friendship and Ben decides to celebrate it by treating Margot to a home-cooked meal. If only Ben knew how to cook! As cooking utensils Ben has no idea how to use pile up in the kitchen, an unexpected visit by his ex-girlfriend during his preparation just adds to the mayhem and hilarity of the day.

In an English Garden by Charlotte Musial

Twin sisters Shirley and Temple emerge from Polly’s belly squalling, screeching, and competitive, six months after the death of Polly’s husband. As the years pass the twins and their older brother Poke strain Polly’s maternal love on a daily basis. When an unwelcome gift arrives from Polly’s sister in Toronto for the twins ‘to share,’ Polly knows the time has come for drastic action. 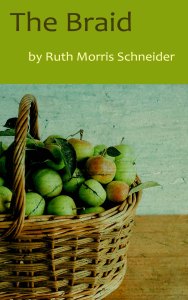 The Braid by Ruth Morris Schneider

Mary, the aging mother of three contentious middle-aged daughters, quietly ruminates while each of her daughters bicker over her continued care.

Ruth Morris Schneider lives with her husband in the Cape Breton Highlands. She wrote a series of English Language Readers for McGraw-Hill and her short stories have been published by Prairie Fire, Room, Our Canada, and Breton Books She won the Budge Wilson short story prize from the Writers’ Federation of Nova Scotia in 2012, and she co-authored Art Builds Community, published in 2016.

Bill discovers he has a unique gift, one that delights him, but brings with it a certain amount of difficulty. As he grows to manhood he sets out on a journey to find his place in the world. Unable to achieve the recognition he seeks, he eventually returns home disillusioned. Then, just as fate offers him a career that seems a perfect fit, his rare gift is snuffed out. Bill struggles against the darkness of loneliness and confusion until an old childhood nemesis appears and kicks him awake. 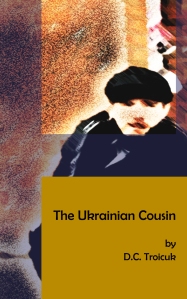 The Ukrainian Cousin by D.C. Troicuk

Viktor, the Ukrainian cousin, is coming. His dubious introduction to western capitalism with an unscrupulous employer sends him seeking sanctuary in the home of his Canadian aunts. The ladies are won over by the young man’s ambition. They see great things in his future. However, Terry, his layabout cousin, sees past the smiles and kisses from the outset. When he discovers the true nature of Viktor’s business plan, it is up to him to cover up more than his Ukrainian cousin’s slap-dash paint jobs.

As Deputy Examiner in a 1970s coal mine, Doc reads the level of the volatile methane gas by the flame of the Clanney lantern like a mystic reading an oracle. Then he lies awake waiting for the double blow of the whistle to signal disaster. While the author draws on the experiences of her father in the coal mines of Glace Bay, Nova Scotia, Overburden is not his story. But it could have been. 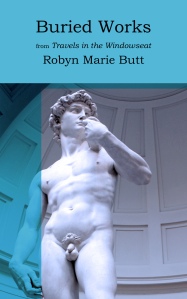 Buried Works from Travels in the Windowseat by Robyn Marie Butt

Buried Works is an essay from the collection Travels in the Windowseat by Robyn Marie Butt.  Works of visual art inhabit three-dimensional space and writing does not. What an object can convey, without words, in space, surpasses the limping linearity available to writers of English: only sign language can describe, yet share, the properties of things which take up space. And where, for instance, sculpture by Michelangelo has the sensual dimensions in which to organize its message, writing has only this illusionary, forward-biting, encoded seam of words.

The World and I Both by Kristen Amiro

Kristen Amiro’s “The World And I Both” is a poetry collection that chronicles a backpacker’s trip around the world. Each poem is a snapshot of a specific place: a surfers’ beach in Costa Rica, the “witches’ market” in La Paz, a whale nursery in Argentina, a cargo boat in Polynesia, the Australian coasts, Songkran in Chiang Mai, museums and cafes in Europe, and many more.

French poet Martin Laquet “writes the night and paints the day, rarely the opposite.” He was born the day philosopher Martin Heidegger died. Purely by coincidence, but a good one. Recent publications include: day after night, the pass of the wind (2017), this glow that dwells in the eye (2016), become night, five disjointed shadows, centrifugal (2014), passing lights, blood of ink (2010). Laquet is also a recipient of the Arthur Rimbaud Award and an established visual artist.